Old Demo is no longer representative of the game and has been removed.

Game is available on:

Gendou the Neoretrogamer1 year ago

I loved this game so much. It feels like an action RPG from a 16 bit console with some cool features like crafting system.

I made a review about the full version in spanish that you can read here: https://retroorama.blogspot.com/2019/02/indie-review-shalnor-legends-sacred.html

Fantastic, absolutely love it. They say money doesn't go on trees?! well, they're right. They grow in bushes. Plus, the bushes grow back as long as you look away for a moment! the best money making simulator with nice combat elements ever!

On a side note, during the puzzle with the color blocks, sometimes you're unable to push them forward for a second if you do it continuously for a space or two. It fixes itself as soon as you stop and push again. Not a big deal, in fact, i treated it as somewhat realistic due to the ground probably not being perfect, or a second push being the "extra push needed." Not to mention, the hero is a 14 year old girl...who by the way, totally looks elf like.

Got me right in the nostalgia!

Pretty good. Being a short demo there's not a ton to do here though it plays well for what it is. It does seem like there is a lot of foundation work for some interesting gameplay. Would definitely like to see it as it progresses a bit more.

I made a video of my playthrough of it:

Well, my video's finally out.

My Let's Play before my wall of text:

First thing is that I really liked this demo! Reminded me of Zelda and everything was solid for the most part. I can't wait for the changed music, even though the soundtrack sounds nice as is right now. There should be an asterisk on full controller support in my opinion since it wouldn't run when I plugged my controller in and had to use a 360 emulator.
I also ran into a few bugs:
When I tried to run past the spikes the first time, I was stopped like there was an invisible wall as the spikes went down, like I couldn't run too early or something.
There was another issue during the puzzle where I pushed a block all the way to the left wall. I tried pushing the block up but it acted like it was stuck so I would have to push the block back the other way so it would have room to move.
Other than that, I had no issues (the controller thing at the beginning was my own fault, not the game). I wonder what the finished product will look like since it has a lot of potential.

I got to play the demo too, and made a video. I think Bernard will be in that house forever. :)

Hey! I played this game and really enjoyed it, it has a lot of charm to it! Cant wait to see where it goes from here!

Well crafted and evocative. I loved how easily the game got me started and through my first dungeon. Certainly one to watch!

Today we are taking a look at Shalnor Legends a Zelda-like that invokes memories of Ittle Dew and while there is not a lot of content there at the moment, the base that has been developed has potential and could become something really good.

Shalnor Legends has me hooked so far! It is very well made, the controls are simple and the puzzles are nice (hopefully to getting harder {I like challenges})! I can't wait for the full release of Shalnor Legends!
I did a Let's Play as well: 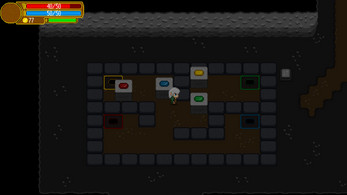 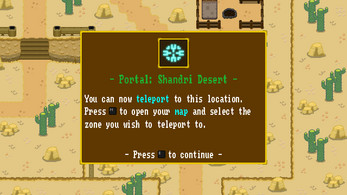 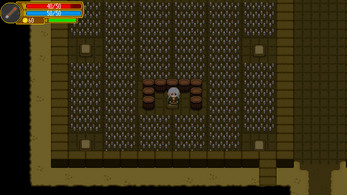 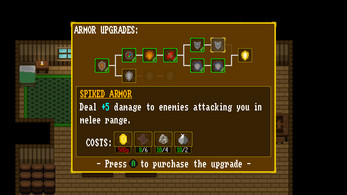